The trouble with Panic Attacks 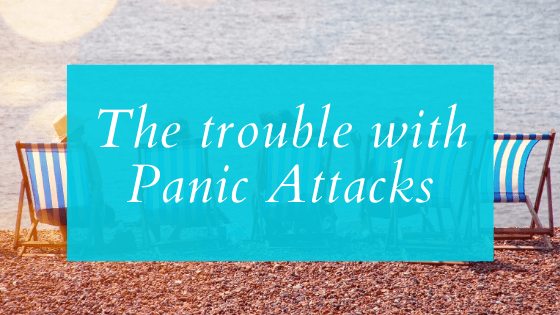 Sweaty palms, heart racing, breathing heavily, a feeling of impending doom. Being absolutely certain you are either having a heart attack and are going to die, or convinced you are going crazy.

You are one of the many that has experienced a panic attack.

A panic attack cannot kill you and it won’t make you go insane.

The instinctive response to a panic attack is to try and “fight” it to make it go away or to pretend it’s not there and run from it (“flight”). Trying to suppress your natural “fight or flight” response by adding more of the same thing to it is not going to make it go away, it will only make it worse!

Panic attacks will and do come to an end.

The best way to stop them from happening is finding out why your brain is warning you about danger that isn’t there. High anxiety levels can bring on panic attacks, for example.

Hypnotherapy and other kinds of therapy can help you in understanding why panic attacks happen and they can help you to make sure they don’t happen again.

Going to see someone for help can be incredibly scary, it can even bring on a panic attack!

It’s not uncommon for people to cancel their therapy appointment because they are scared of what might happen or they are worried of what will happen if they get a panic attack during the session.

You might not quite be ready to see someone in person and that’s okay. The main thing is that you want your panic attacks to end.

In order for you to have something to start with to take on your panic attacks, I have made an audio recording for you to listen to while you are experiencing an attack. It is designed to help you clear the attack in an easy and comfortable way

This audio is for you to listen to whenever and wherever you need it.

Get in touch to receive your free mp3 in your inbox.

I started Hypnosis with Nellie because of my commitment to making wellbeing and health a priority. There is no 'one size fits all' when it comes to what makes us happy and healthy, we are individuals and that means we all require something different. I tailor to your specific needs by creating bespoke sessions.